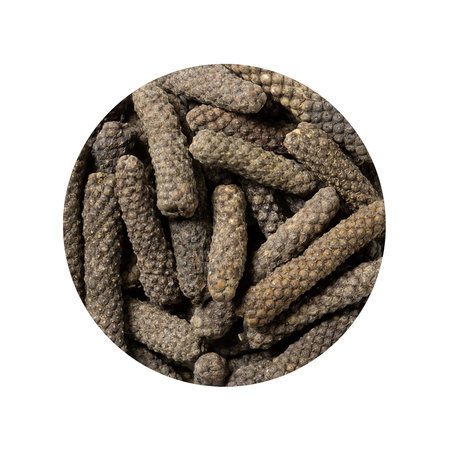 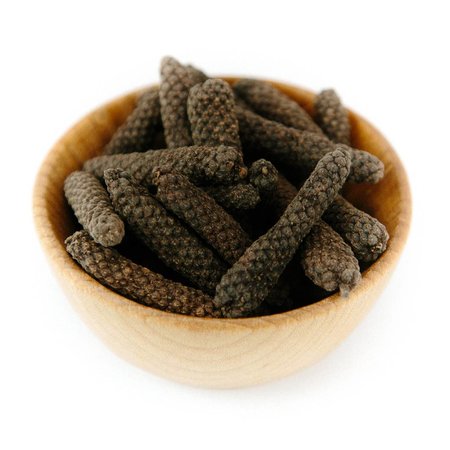 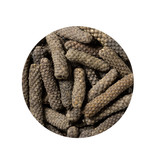 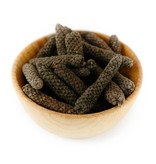 Long Peper is a climbing plant, where the roots grow out of the nodes. The production locations are found from northern India to Indonesia. The fruits resembling meadow catkins or hazel blossoms are harvested at various stages of maturity and then dried. After drying, they are mainly used as a spice and in India, also as a healing herb. The long pepper is considered to be the first type of pepper that reached Europe in ancient times and well before the modern-day black pepper. The long pepper is much more diverse and the longest variant is a lot sharper than the black pepper. They can both be used for the same purpose

The longer version of the long peppers is sharp and hot with a sweet and earthy undertone. It spreads an aroma, reminiscent of cinnamon at Christmas time. The long pepper can very well be broken with a mortar or chopped into pieces and then served with a spice grinder. In sauces, broths and marinades, the pepper can also be used as a whole pepper and spread the slightly sweet floral scent. But be careful because with increasing cooking time comes the sharpness increases.

Remarks: grinding is easier in a mortar