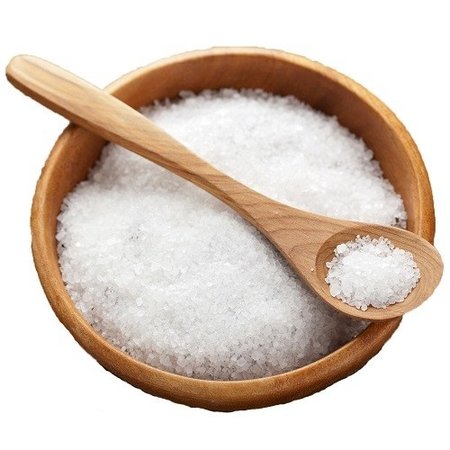 Fleur de Sel "flower of the salt" is only extracted on warm and windy days. It is scraped by the Paludier with a wooden shovel as a thin layer of the surface of the water. Fleur de Sel does not originate from the African, Spanish or French coast, where it is produced in large quantities, but from India. It is traditionally produced in small quantities on the coast of India. Currently, production is only around 100 kilos per day (and also only in the summer months). So it is also the rarest and most valuable "Fleur de Sel" of this planet

Some gourmets appreciate her taste, which is determined by the calcium and magnesium sulfate content, which is not included in normal rock salt. This salt is also called "pyramid-salt" because of the pyramid structure! This salt is a good alternative to normal kitchen salt and is suitable for all occasions. It is slightly stronger than the Cypriot pyramid salt and is characterized by its intense taste.
details: pyramid-shaped crystals
Taste: pleasantly mild mild salt taste
Dishes: potato dishes, meat, fish and vegetable dishes, finger salt, Slow Food products

Fleur de Sel from India 100 grams or 1 kg in a luxury folding box.