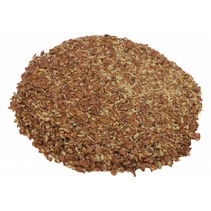 We already mentioned it, psyllium husk helps you promote bowel movements. Even if you have no problems with your digestion or bowel movements, it is advisable to use psyllium husk. This is also the reason why Naturaplaza has classified this type of fibre amongst superfoods . You simply add our Sat-Isabgol Psyllium Husk Fiber to a glass of water, syrup, milk or fruit juices. Do this each time with 1 to 2 tablespoons, about 5 to 10 grams, at a time.

For detox treatments and diets

Psyllium husk is also frequently added to detox treatments and diets. Suppose you follow a low-carb diet. It is then difficult to get the required amount of fibre every day. By using psyllium husk fibres in the right amount, that problem is no longer an issue. You can easily get the right dose of fibre with this. In addition, this super fibre has a hunger soothing effect. You feel full much faster, so you eat less.

The above text does not contain medical advice. Textual errors reserved.